skip to main | skip to sidebar

Cows in the city

How nice! We get financial support for our Projekt! The Embassy of Republic Poland gave us money for Katarzynas Krenz fly ticket from Portugal to Berlin!!! The money come yesterday so we were not able to thank our supporter on posters and flyers during the Festival. Nevertheless we are so grateful! For our good spirits from the Embassy we found also some beautiful cows in the city. Here they are. And once again: thank you! 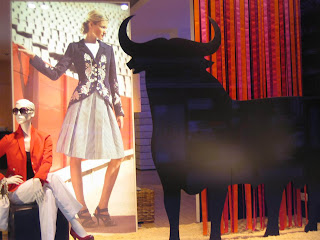 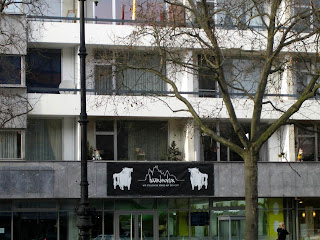 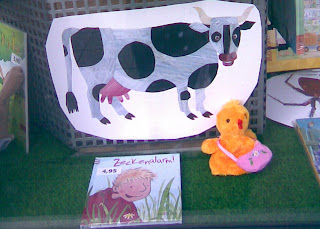 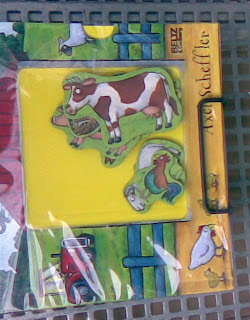 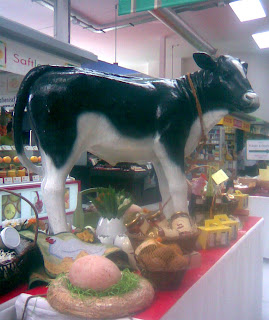 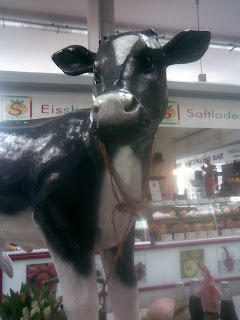 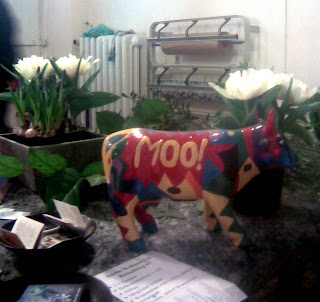 For those who do not know (I did not!) - Coimbra is a university town in Portugal, 200 km northly of Lissabon. There are 106.800 people living in Coimbra, and among them 20.000 Students. The town was in year 2003 the cultural capital of Portugal. So, here they are, our cultural cows of Coimbra! They were photographed by my sister and brother-in-law, who lived in Portugal since four years, in another small university town - Covilhã. 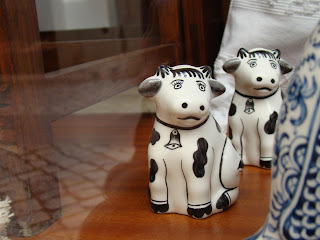 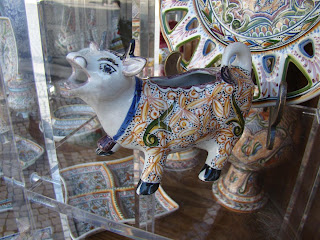 Posted by Krowa Vache Cow at 10:45 AM No comments: 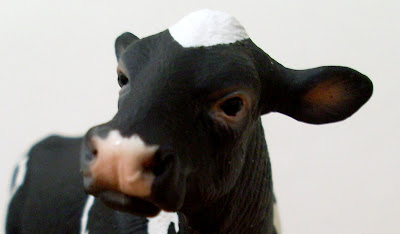 The last day of the Printemps des Poètes came. It is now a year to the next spring of poetry. It does not mean, however, that till the next festival the blog will be covered by the Internet dust. From time to time you can pop in here and check out what's new. Maybe you will find some short information about a new poem or a photo of smiling cow!
Posted by Krowa Vache Cow at 12:51 AM 2 comments: 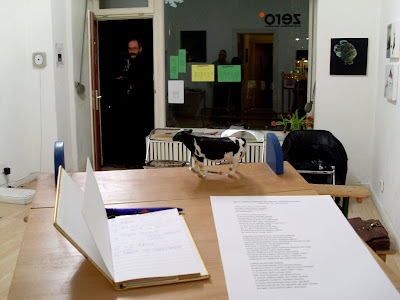 Today's post is mainly for those who could not have come to Zero Gallery and to take part in the evening of poetry. But before I come to this part I would like to quote a few words written by Ewa Maria Slaska who explains the idea and origins of our project.

"The title as well as the date of our meeting was carefully planned. Friday, the 13th is claimed to be a day of bad luck, and the reason for it is twofold. In the Christian countries it has a religious background. 13 is thought to be unlucky, for it was a number of people who took part in the Last Supper. And it was Judas, the thirtieth, who betrayed Jesus. When it comes to Friday, it was a day of Jesus death. In the ancient times, Friday, the 13th was supposed to bring good luck to all women. Friday was protected by the goddess of love. It was cultivated also by the Germanic people who devoted it to the goddess Freya. It is till that day, that in many languages the word for Friday stems from the name of Freya (Freitag, Friday,Fredag ), or Venus (Vendredi). 13 was also thought to be a lucky number in the ancient times. It was a number of the goddesses of the moon. The lunar calender had 13 months, and Luna was the main goddess of the ancient pre-patriarchal cultures. She had tens or maybe hundreds of names such as Isolde, Anahita, and Selene. Her symbolic animal was a cow, and there are some known images of goddesses-cows.
We have decided to celebrate this, as they say, unlucky day, with the help of the divine cow. It is also a very well know French cow, which laughs. The association was clear. We had to plan the project in the frames of French festival which theme was to be laugh. The French cow which laughs since more than half a century on the triangles of French melted cheese comes immediately to our heads. That is how we managed to combine the sacred and the profane in one poetical entity. Our idea was accepted and we've become a part of Printemps des Poetes in Berlin."

It was on Friday, the 13th that we met in the Zero Gallery. Even though we planned to start at about 8 pm we came one hour earlier to prepare gallery for that special occasion. As it turned out later on, it was worth coming a bit earlier as our first guest appeared at half past seven. The rest came on time, so that shortly after 8 pm Kasia Krenz the main poet of this evening started to read her new poem. After this very poetical beginning, it was time to the official one. The moderator and the organizer of the project Ewa Maria Slaska introduced the idea of the meeting and the poets. It was only poetry that was important after that initial part. Kasia Krenz was reading her poems in Polish, English and Portuguese. The German translations were read by Ewa and our guests-friends who participated in the meeting. For the evening with poetry and cows came mainly the inhabitants of Berlin: Poles, Italians, Israelis and Germans. One of our guest was also a Polish television, which came from Gdańsk specially for this evening. For the short breaks between the poems we prepared some sweet and salty snacks, all labelled with cows. This very nice evening with poetry ended shortly after noon.
As it turned out this famous bad luck on Friday, the 13th was just a rumour. Friday, the 13th can be claimed to be again a day of good luck. The project in the Zero Gallery went very well, in a nice and friendly atmosphere. Even the rain which started falling in the evening was warm and indicated the upcoming spring. On the Saturday's morning Berliners were woken up by the long awaited sun.
Ania Marczak


The new volume of poems written by Kasia Krenz and translated into German by Ewa Maria Slaska, Karla Reimert, and Karl-Heinz Haase, will be published in Poland in 2009. Especially for the evening with poetry in the Zero Gallery, ten beautiful volumes of Kasia's poems were handmade by Jacek Krenz, Kasia's husband. 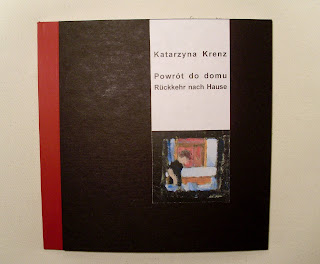 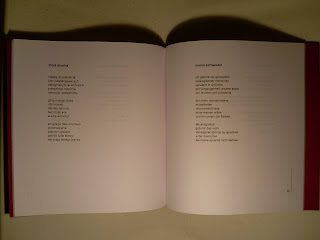 Posted by Krowa Vache Cow at 11:37 PM No comments: 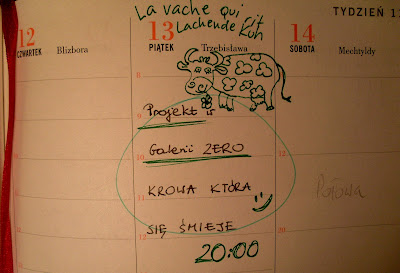 The last Friday of this winter came. We will meet at 8 pm in the Zero Gallery to enjoy poems written by Kasia Krenz, Rachel Rubinroth and Ewa-Maria Slaska. The evening with poetry will be not only a treat for our souls, but also for our bodies. For the project we've prepared some snacks and sweets, all with cow-labels. What is more, we will have a very special guest from Lisbon, our mOOOtual friend with whom we've coWoperated since March the 2nd!

Below you can find three new galleries of cows, as well as a poem about a cow written by Roald Dahl.
Ania Marczak 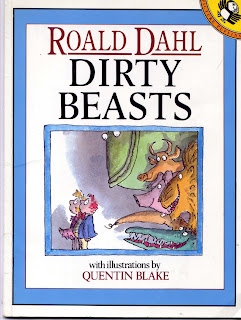 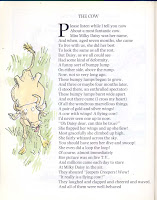 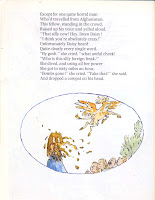 Posted by Krowa Vache Cow at 1:13 PM No comments: 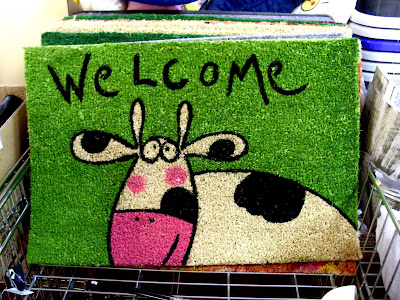 or simply what's next? We had an idea to upload a photo of Russian cow from MosCOW, but unfortunately due to some technical problems we've lost it. Instead of it, today's gallery will be about cow parade in Zurich. It took place in 1998 and in a few years became an international public art exibit. If you want to know more about it just google 'cow parade'.
Ania Marczak

Posted by Krowa Vache Cow at 11:20 PM No comments: 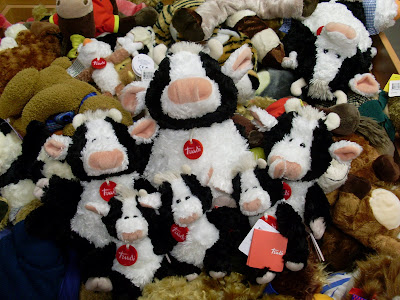 You had a dream last night about a cow, and you don't know what it means? Just take a look at our small dream-book. We coWllected some possible situations with cows and cows related things. Generally, a dream about a cow means that you are looking for peace and security. Cow-dreams have rather optimistic character and their meaning is usually positive.
our small dream-book
to see a cow: happiness
to milk a cow: you will earn money or you will be engagement soon
to be attacked by a cow: it is a warning of some enemy whosefoolishness might be very dangerous for you to see a dead cow: to recover from an illness, to be free from all pains and sufferings
to see a cowshed: a hidden desire or wish
to see grazing cows: to have comfortable life
to see fat and big cow: good harvest


Good night and have dreams full of smiling cows, mooo!

Posted by Krowa Vache Cow at 10:54 PM No comments: